If you have histamine intolerance, mast cell activation disorder, or any other inflammatory disorder, then here are 21 anti-histamine foods that fight inflammation and stabilize mast cells naturally. 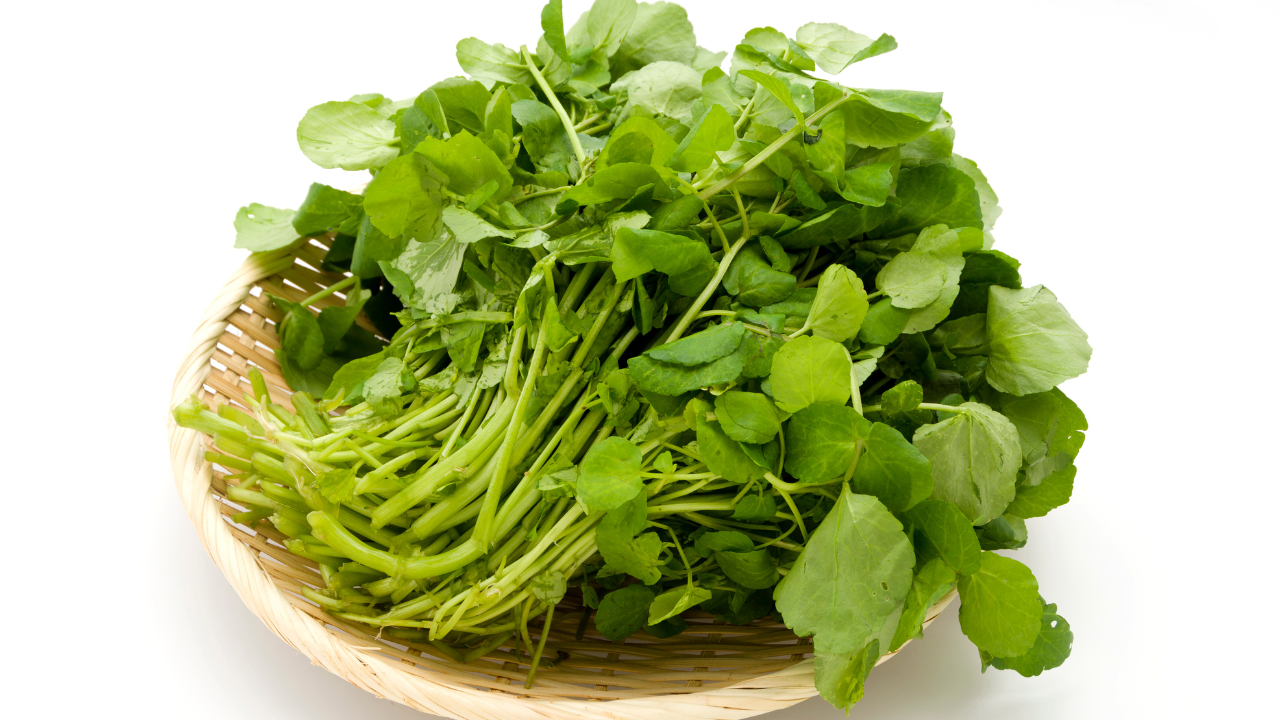 Watercress is a cruciferous vegetable with a peppery, tangy taste similar to arugula. It is considered one of the most nutrient-dense plants commonly available. A study showed that watercress inhibits 60% of all histamine released from mast cells. 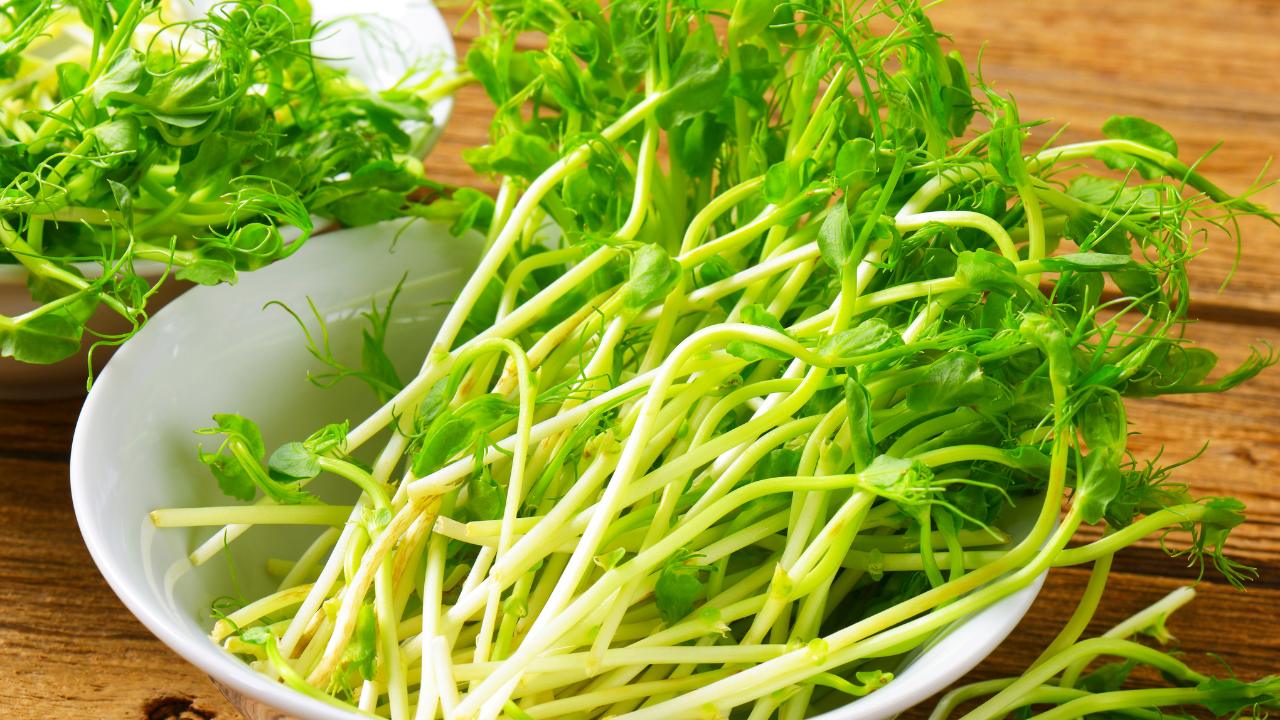 Pea sprouts contain a high concentration of diamines oxidase (this enzyme degrades extra-cellular histamine) during the cotyledon phase. All the Fabaceae family contains DAO, but it is exceptionally high in pea (Pisum sativum), lentil (lens culinaris), and chickpea (Cicer arietinum) seedlings. They have a higher DAO degrading capability than commercial DAO (porcine-derived) supplements. 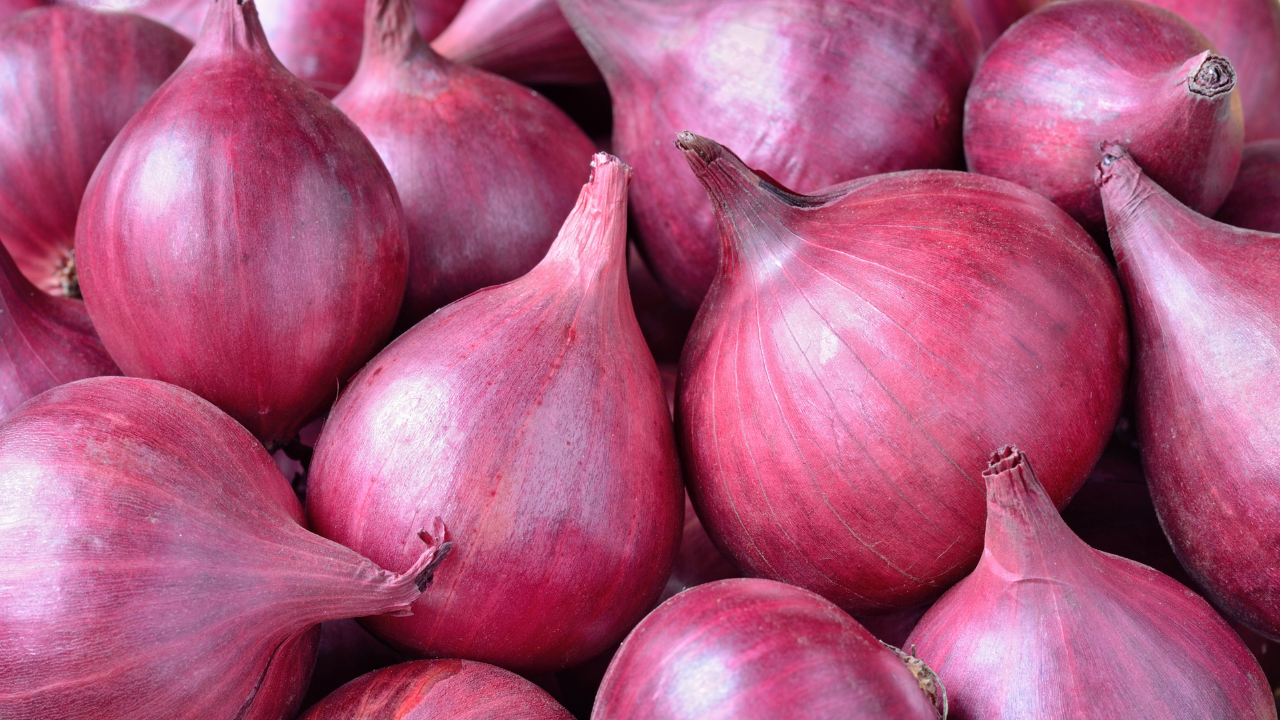 The humble onion (including the spring onion) is incredibly nutritious and an important prebiotic. Onions have been shown to inhibit histamine release, stabilize mast cells, and even lower histamine levels extra-cellularly in blood plasma. 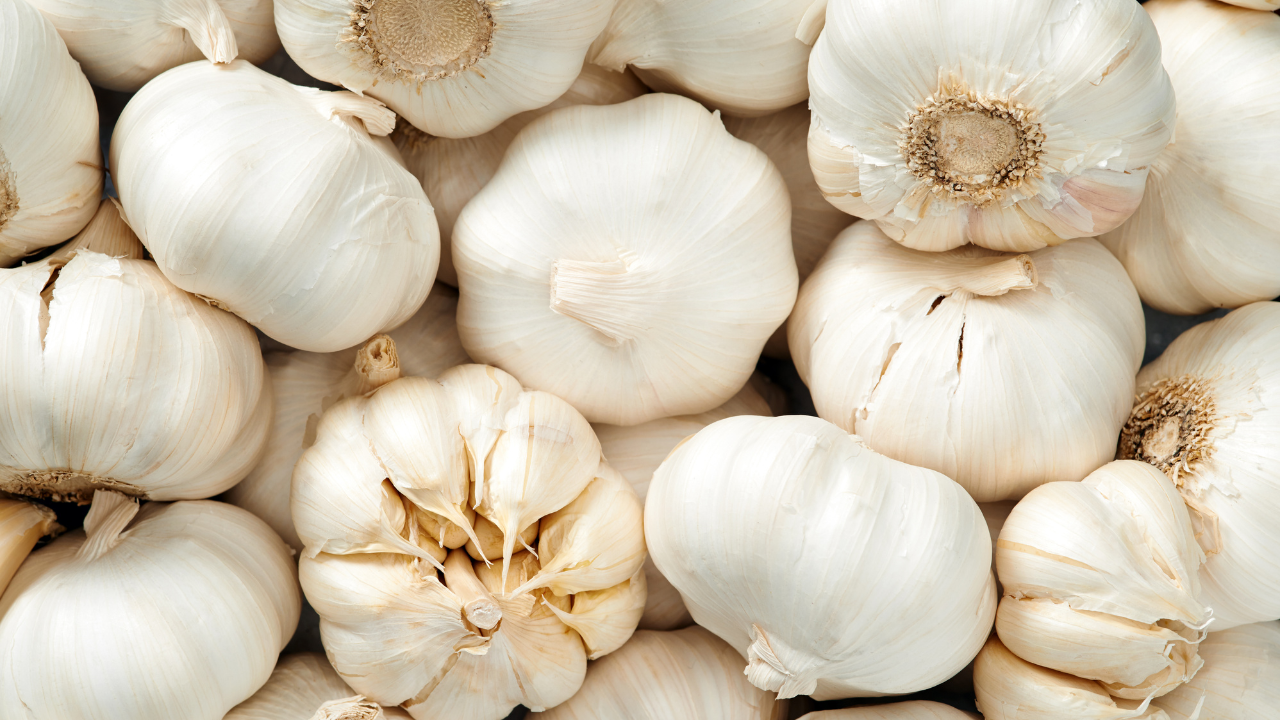 Like onions, garlic is incredibly nutritious, rich in antioxidants, and a prebiotic. Garlic has also been shown to inhibit histamine release from mast cells. 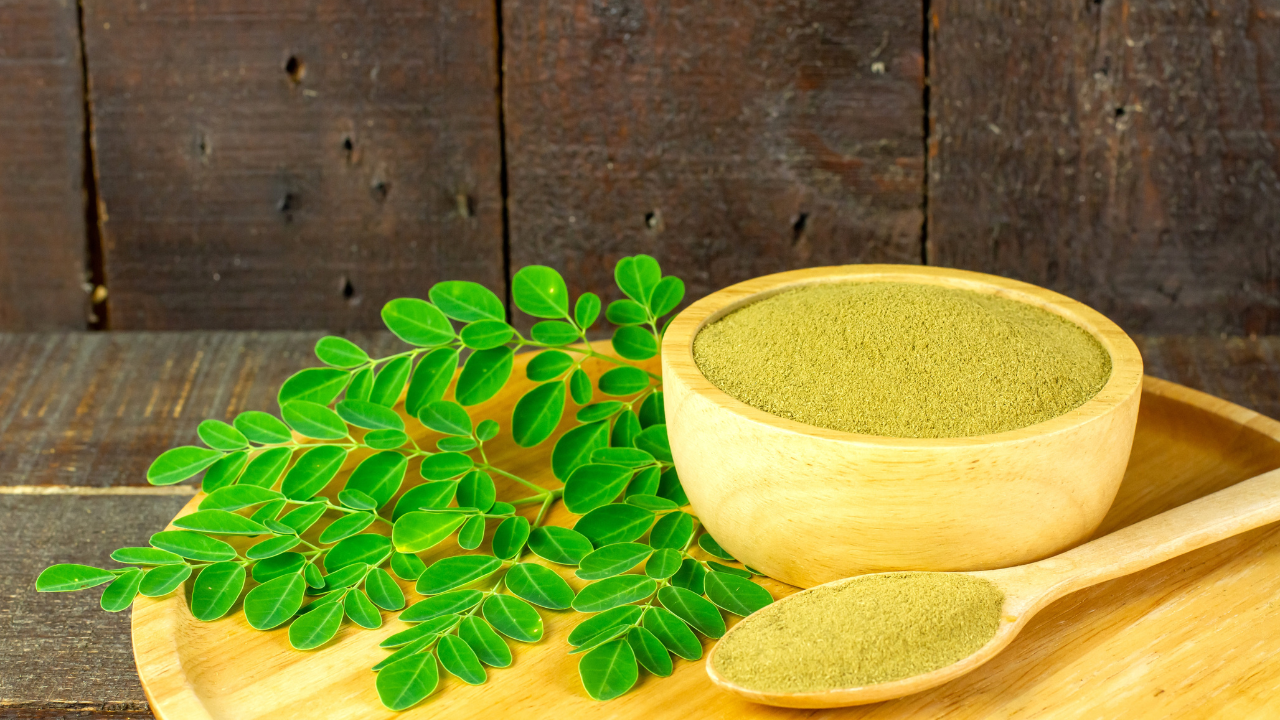 Moringa is a “super-food” that has found its way onto health food shelves. It is so nutrient-dense that it has historically been used to treat malnutrition. A study has shown that Moringa inhibits 72% of all histamines released, making it almost as effective as Ketitofen.

Study: Mehta, Anita, and Babita Agrawal. “Investigation into the mechanism of action of Moringa oleifera for its anti-asthmatic activity.” Oriental Pharmacy and Experimental Medicine 8.1 (2008): 24-31. 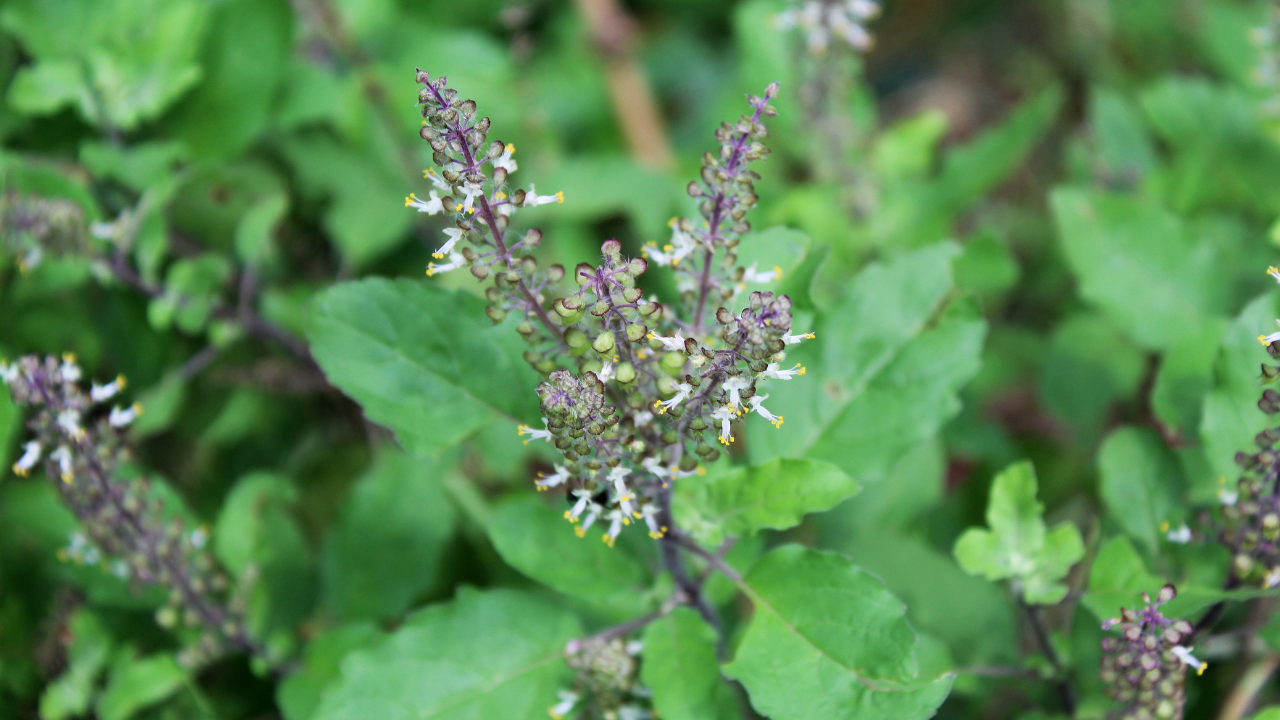 Holy basil is a herb in the basil family. It has a subtle, minty, mildly floral flavor and a natural sweetness. It is an adaptogen with anti-anaphylactic, antihistamine, and mast cell stabilizing properties. While dried teas are readily available, there is nothing like the taste of fresh herbs, which are easy to grow. 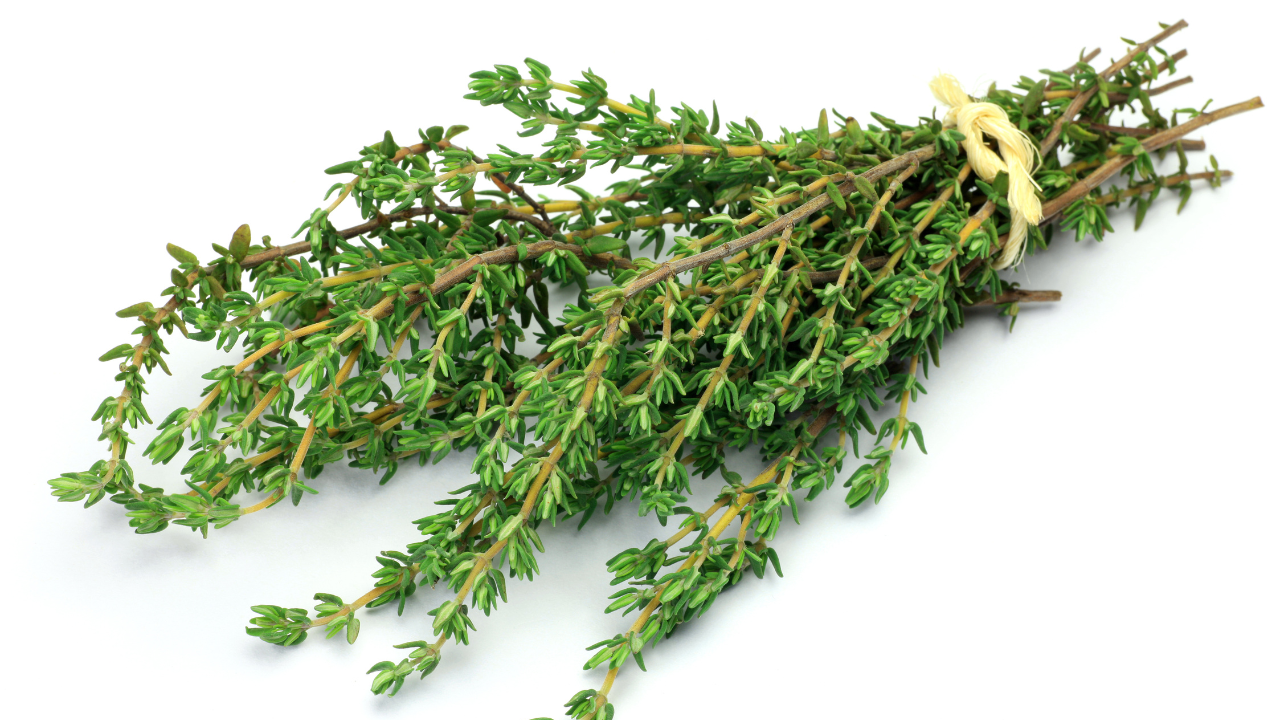 Thyme is a nutrient-dense herb. It has exceptionally high levels of Vitamin C, combined with flavonoids, that stabilizes mast cells. It also has anti-microbial benefits. 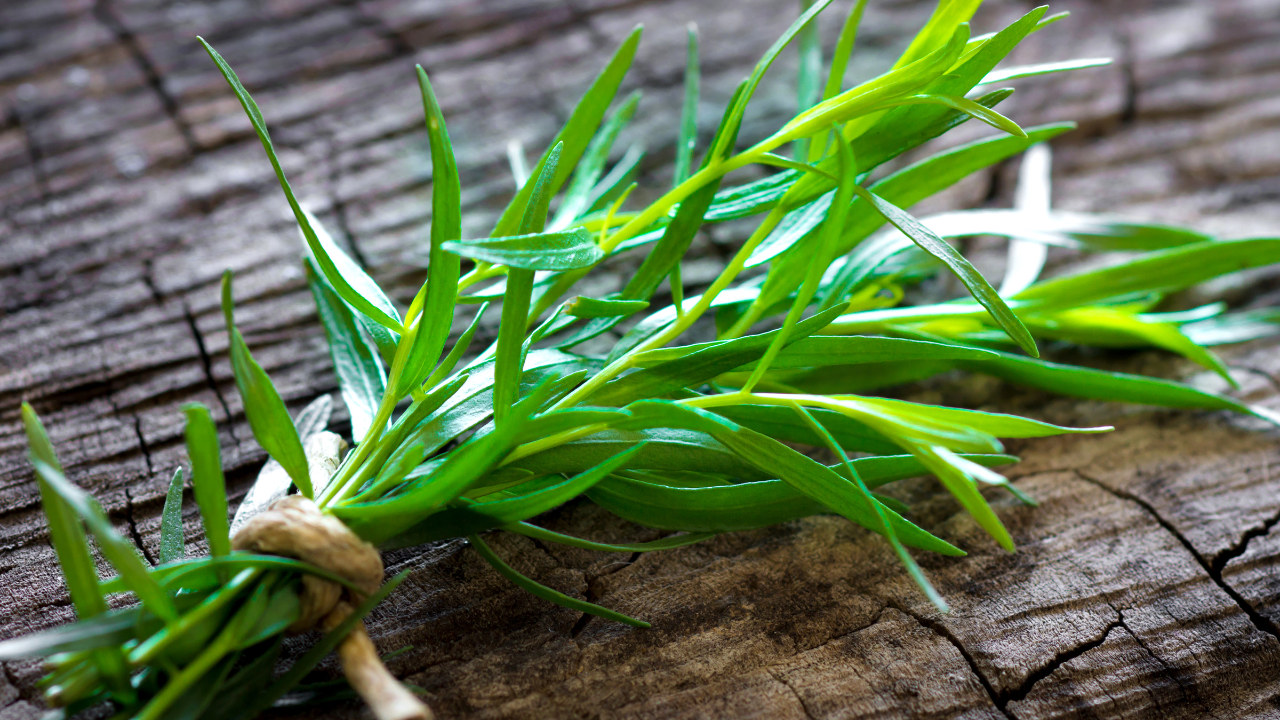 Tarragon has a pleasant anise flavor. It is one of the highest anti-oxidant food sources amongst herbs. A study shows that it stabilizes mast cells. 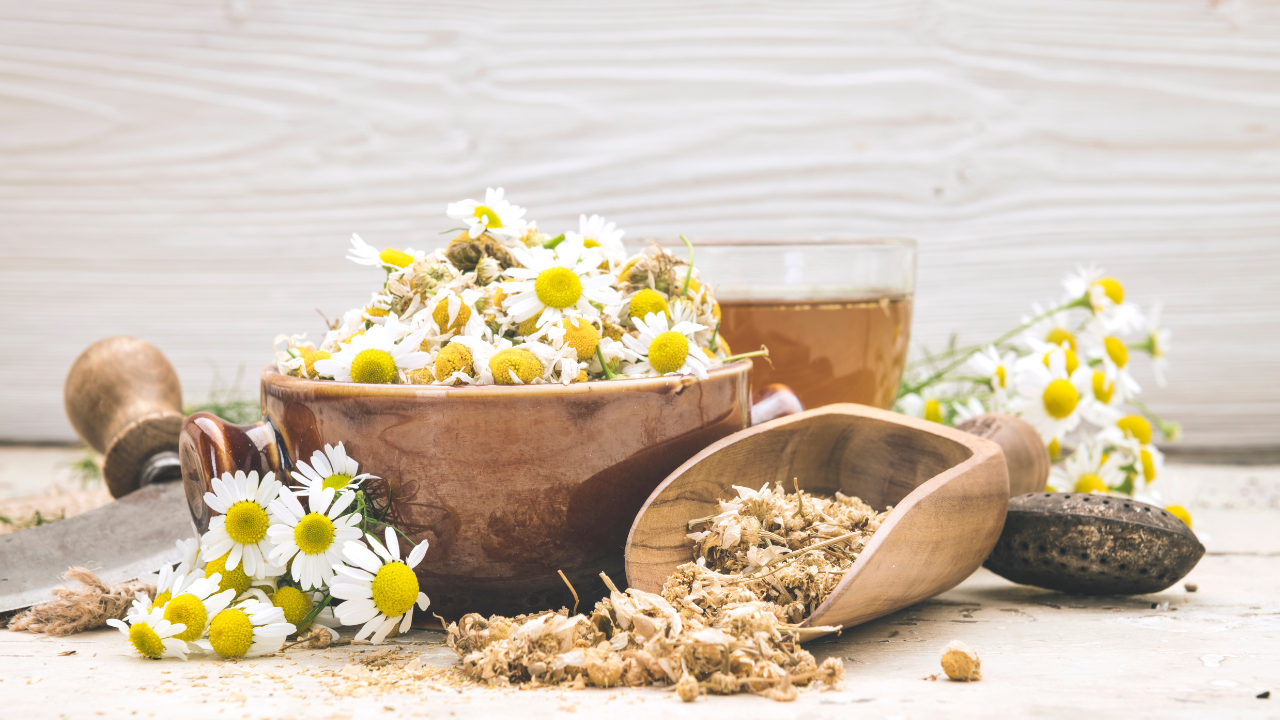 Chamomile is typically consumed as tea. Fresh flowers are frequently available and are preferable to dried flowers. A study found that chamomile inhibited histamine release from mast cells in a dose-dependent manner. 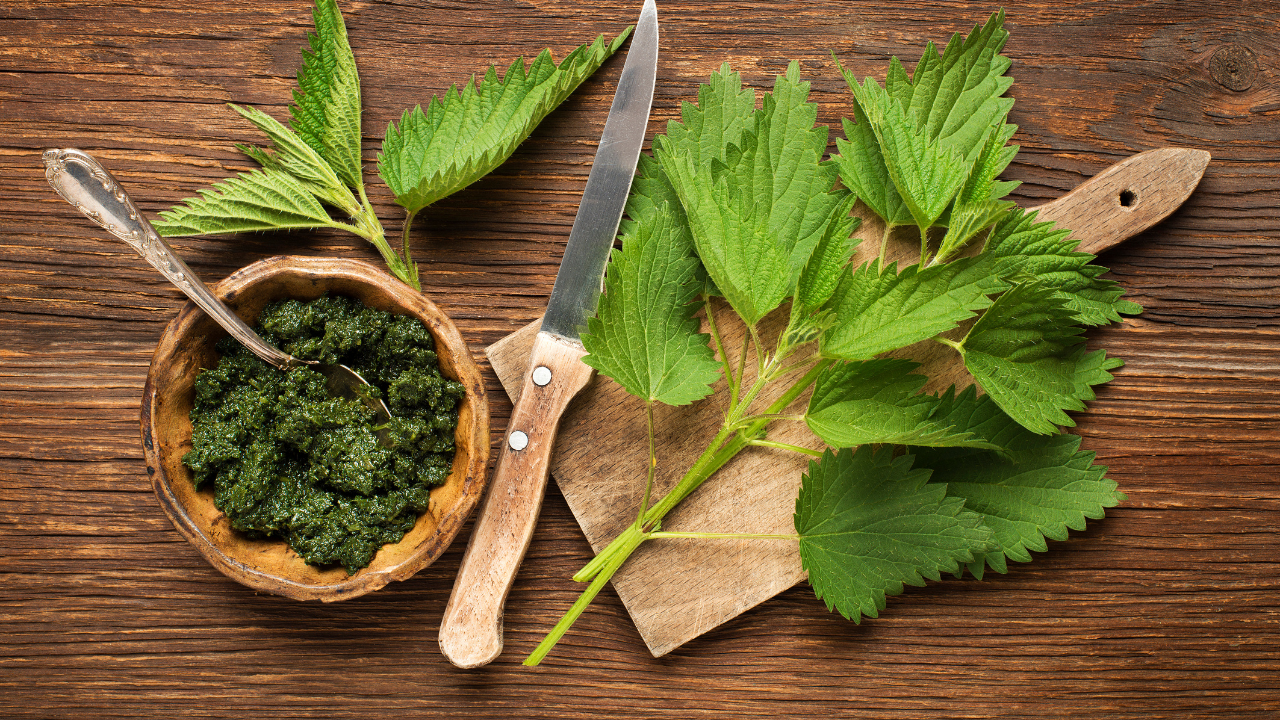 Nettle is typically consumed as tea. It is a potent antihistamine (working at the H1 receptor) and mast cell stabilizer. 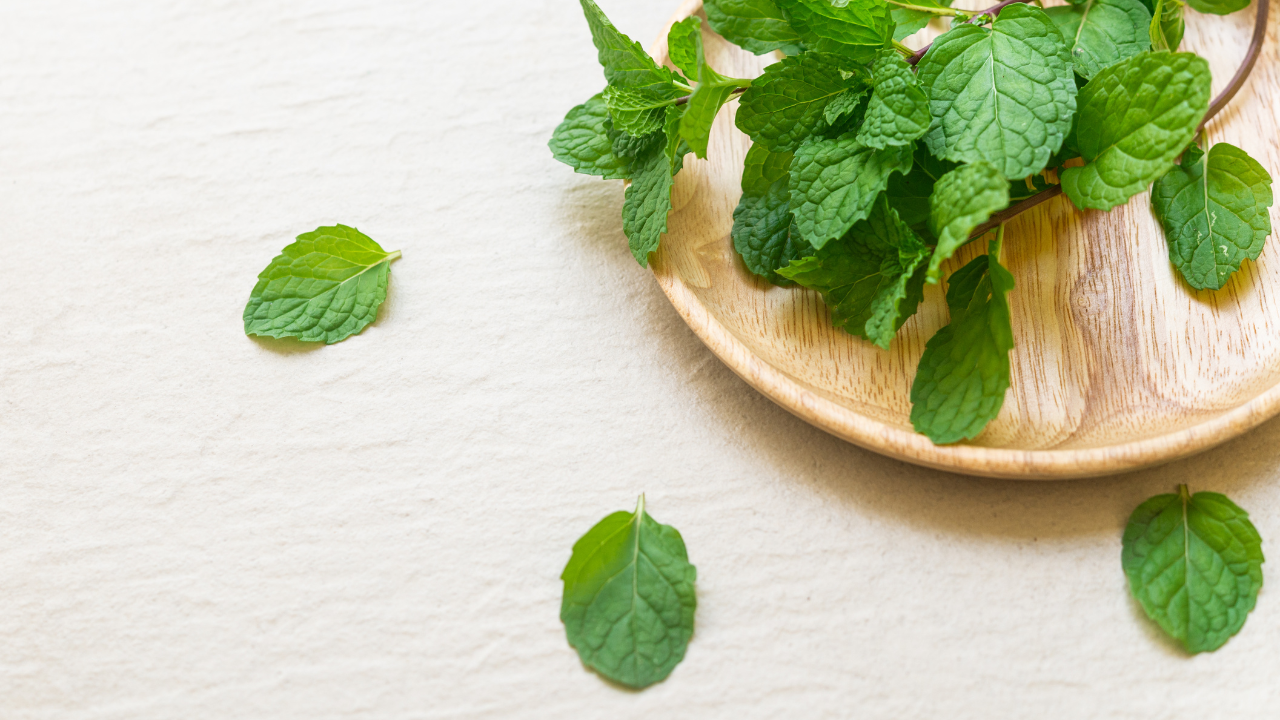 The flavonoids in peppermint have been found to have a potent inhibitory effect on histamine from mast cells. It was particularly effective for allergic rhinitis and has traditionally been used as an H2 antagonist. 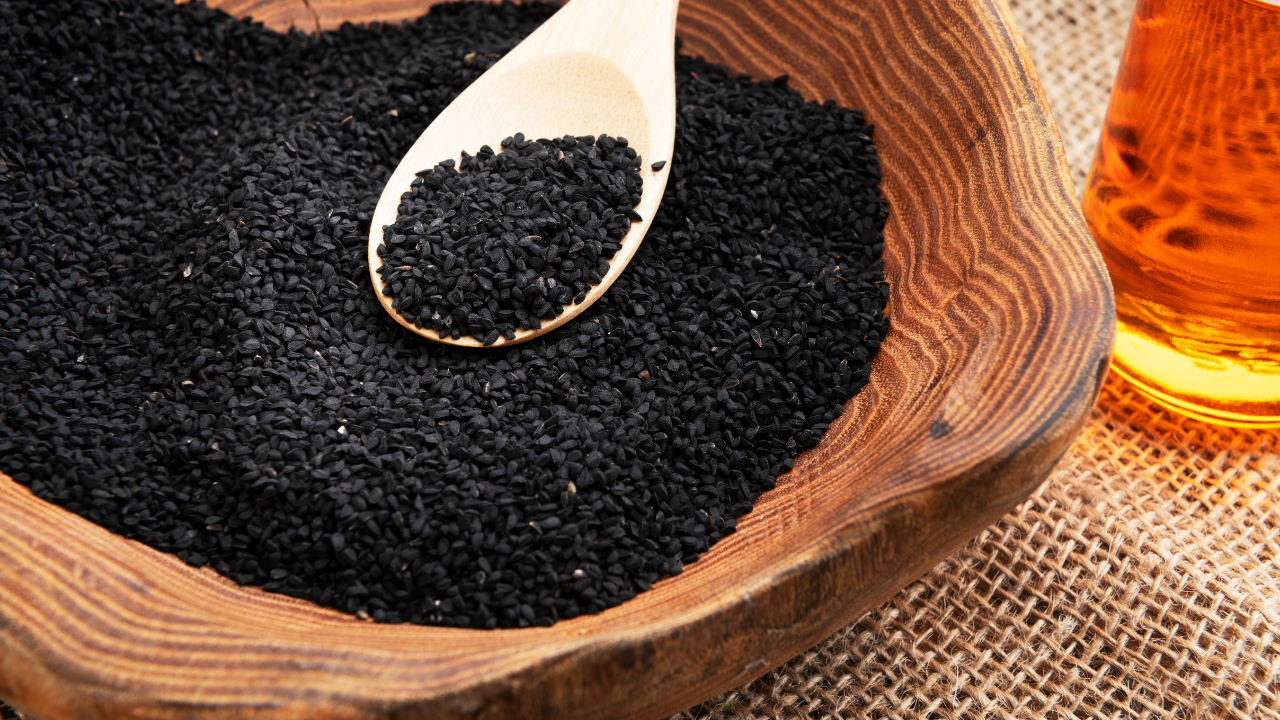 Nigella Sativa is also called fennel flower, black cumin, Roman coriander, and onion seeds. It has a slightly bitter herbal flavor similar to oregano. It acts as an antihistamine and antioxidant, protecting the gastric mucosal layer. It can be consumed either as a seed or as oil. 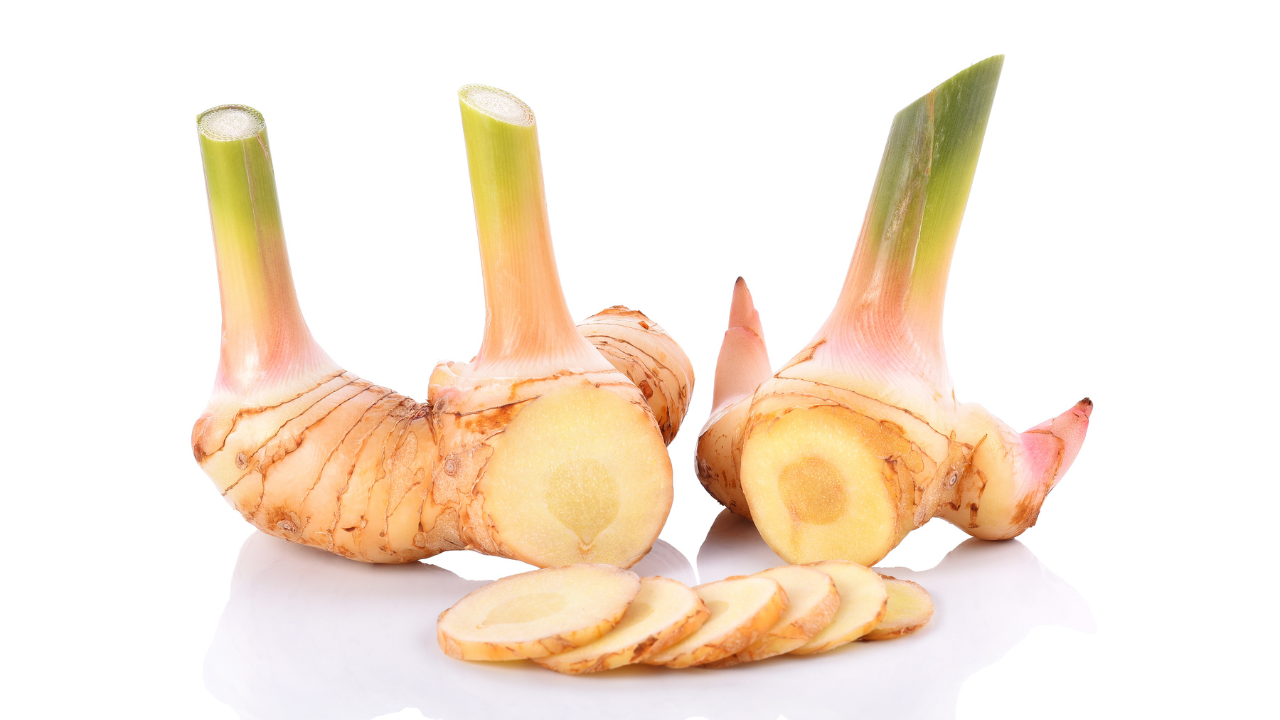 Galangal is also called “Thai Ginger” and is readily available at Asian grocers. It has a subtle, delicate flavor with a gingery, lemongrass, and lightly floral flavor. A study shows it is extremely effective at stabilizing mast cells and preventing anaphylaxis. 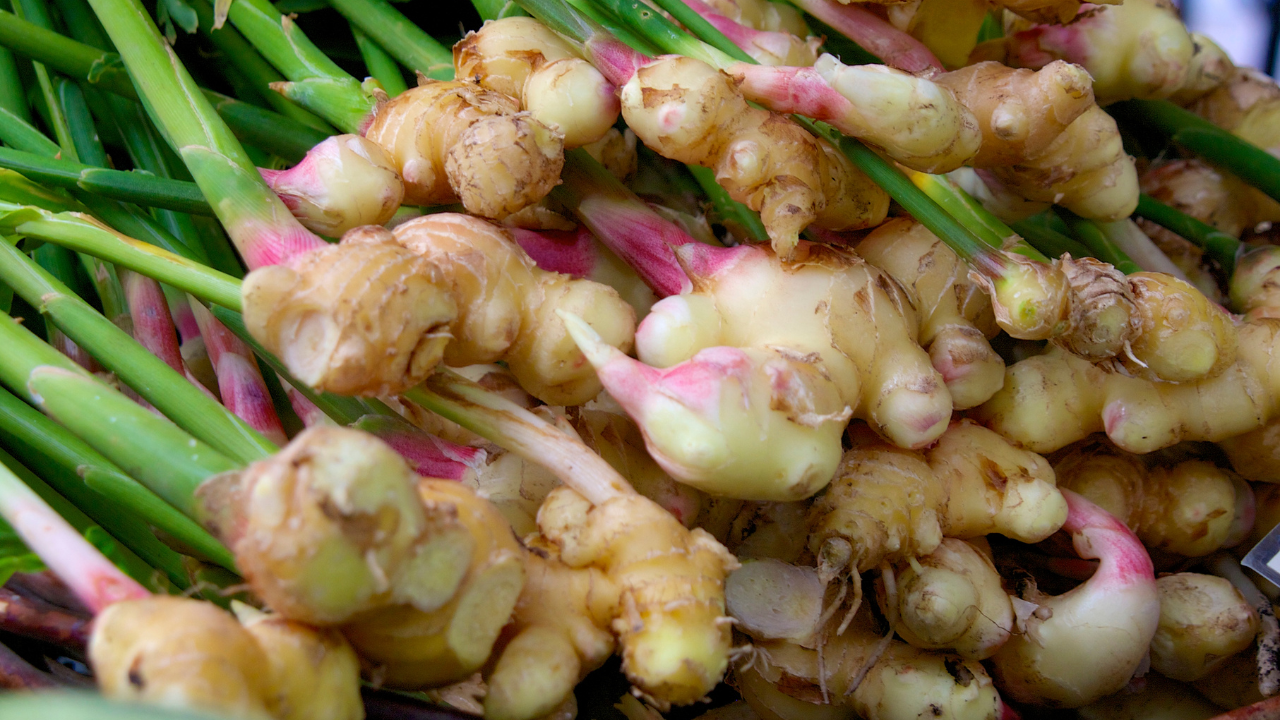 Ginger is a rhizome that inhibits allergic reactions. It has traditionally been used as an H2 inhibitor, but a 2009 study shows it also acts as a mast cell stabilizer. 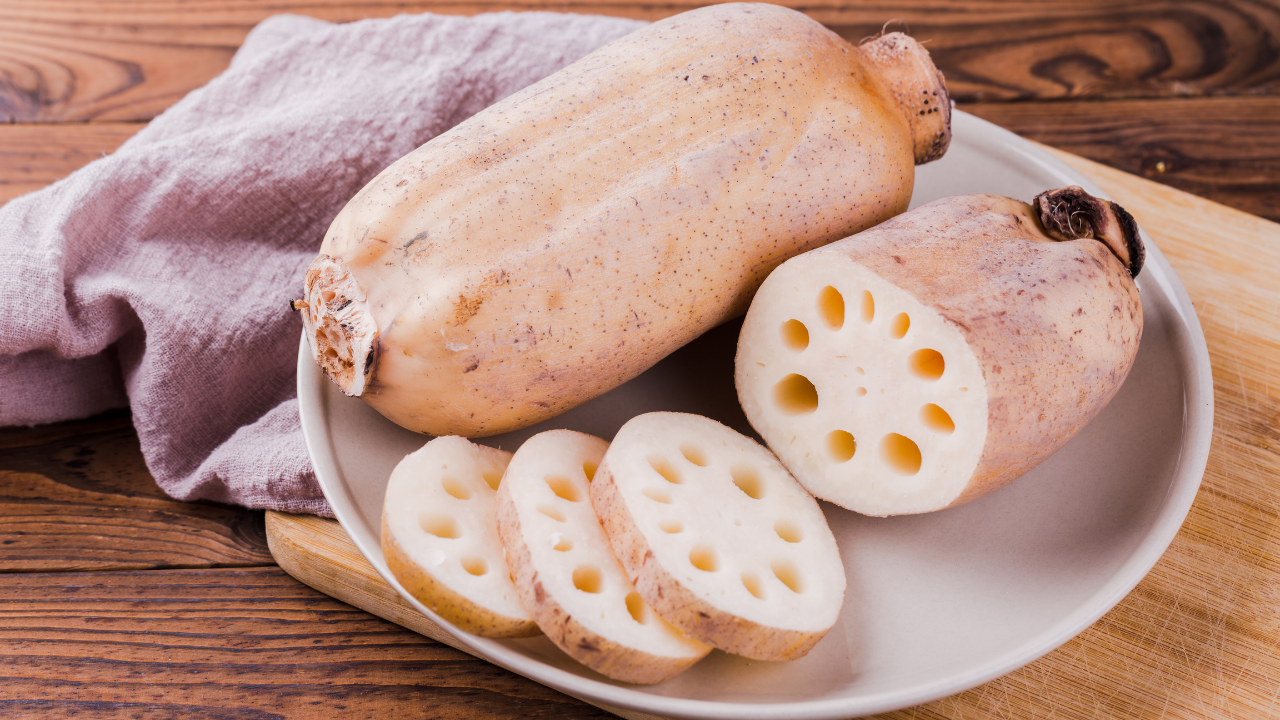 Lotus roots are available in most Asian supermarkets. They have an immune-modulating effect with mast cell stabilizing properties, and a study found they inhibit the release of histamines by up to 70%. 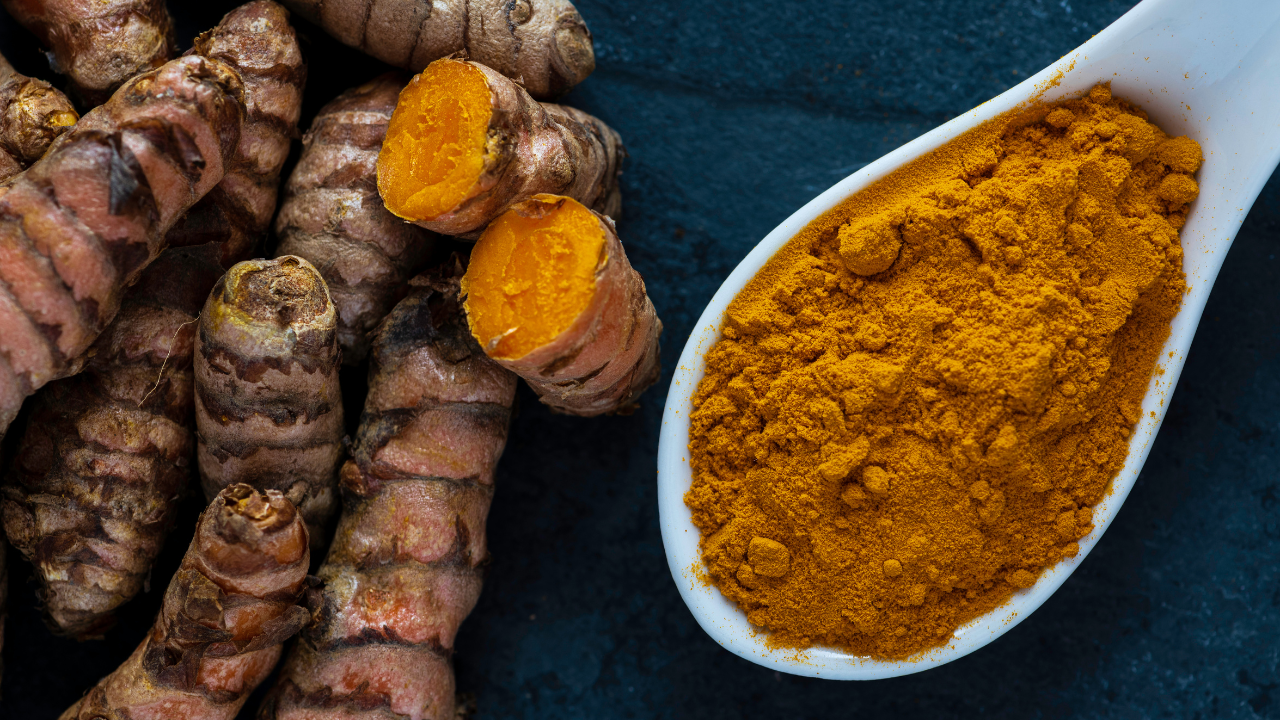 Turmeric is the spice that gives curry its color, and on its own, it has a savory, almost cheddar-like taste.  The fresh rhizomes are increasingly available and can be frozen and grated over most savory dishes as a condiment. Turmeric has potent anti-inflammatory and antioxidant properties. A study found that it inhibited mast cell activation. 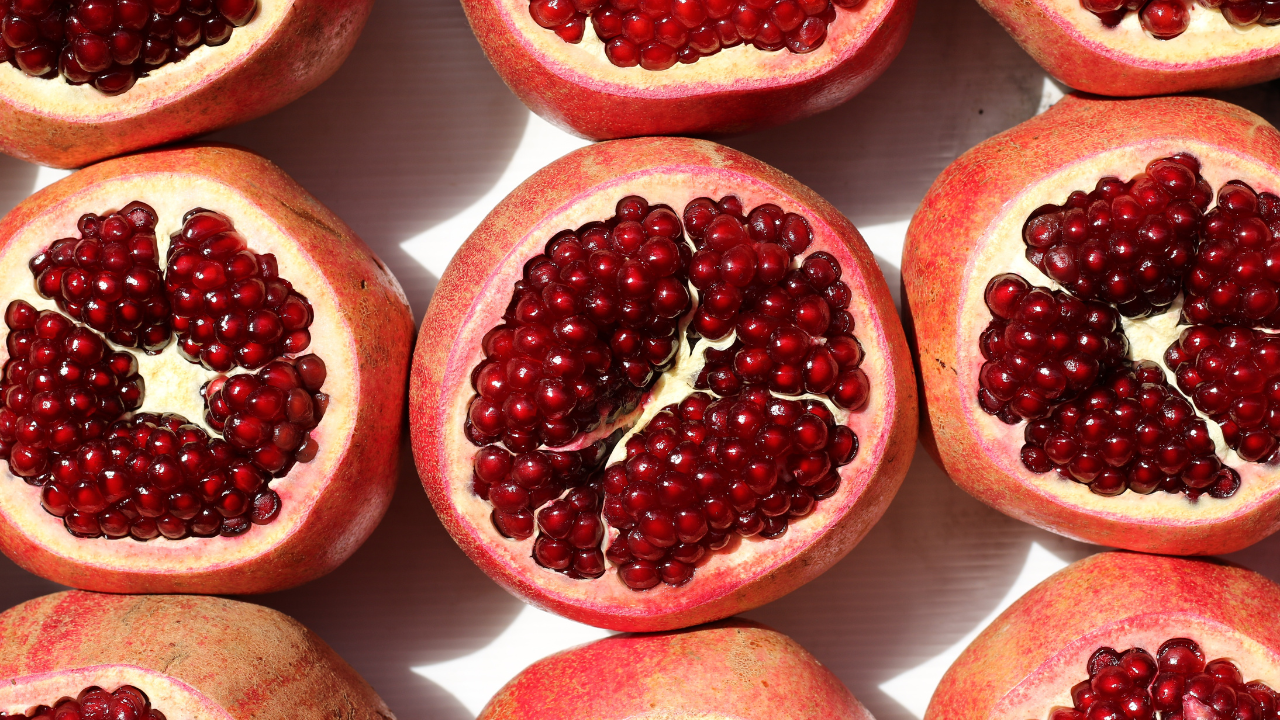 Pomegranates taste sweet but tart and are used in savory and sweet foods. They contain polyphenols, such as tannins and anthocyanins, and are higher in antioxidants than green tea. A study showed that they act as mast cell stabilizers. 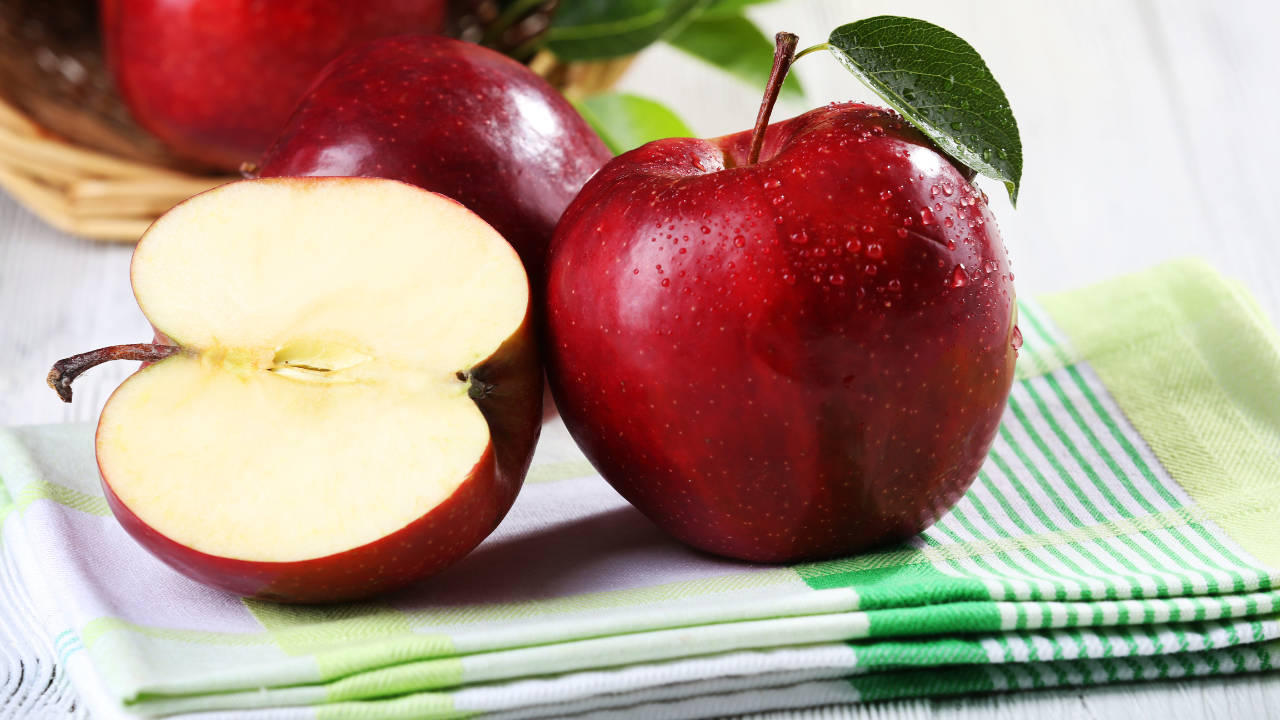 The nutrients of apples are concentrated in the skin. Apples are not so rich in one nutrient but have a wide range of flavonoids and polyphenols. A study has shown that they inhibit the release of histamines from mast cells. 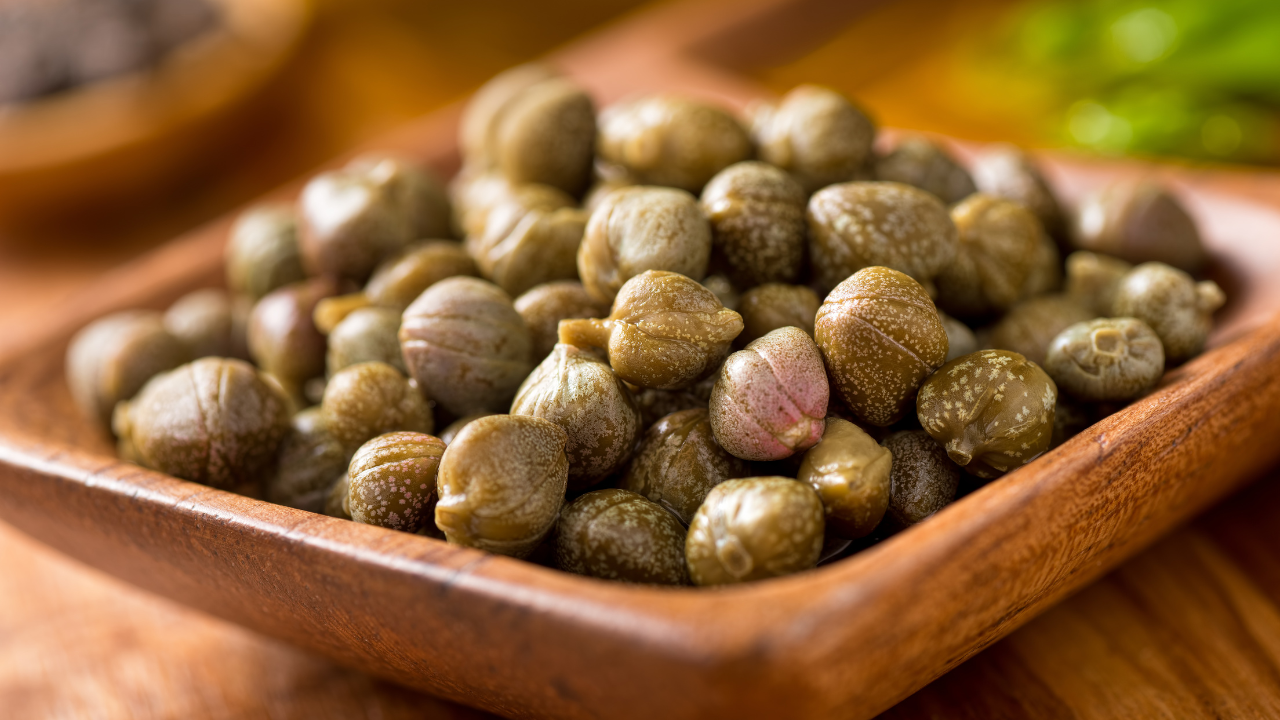 Capers add a tangy, peppery taste to dishes. They are one of the richest sources of quercetin. Capers have antimicrobial, antioxidative, anti-inflammatory, and antiviral properties. A study also found them to be anti-histaminic. The study was performed with fresh capers (not preserved in vinegar but preserved in salt*).

* I have received several questions about the preservation of salt. There is strong scientific evidence that preservation in salt prevents histamine formation. 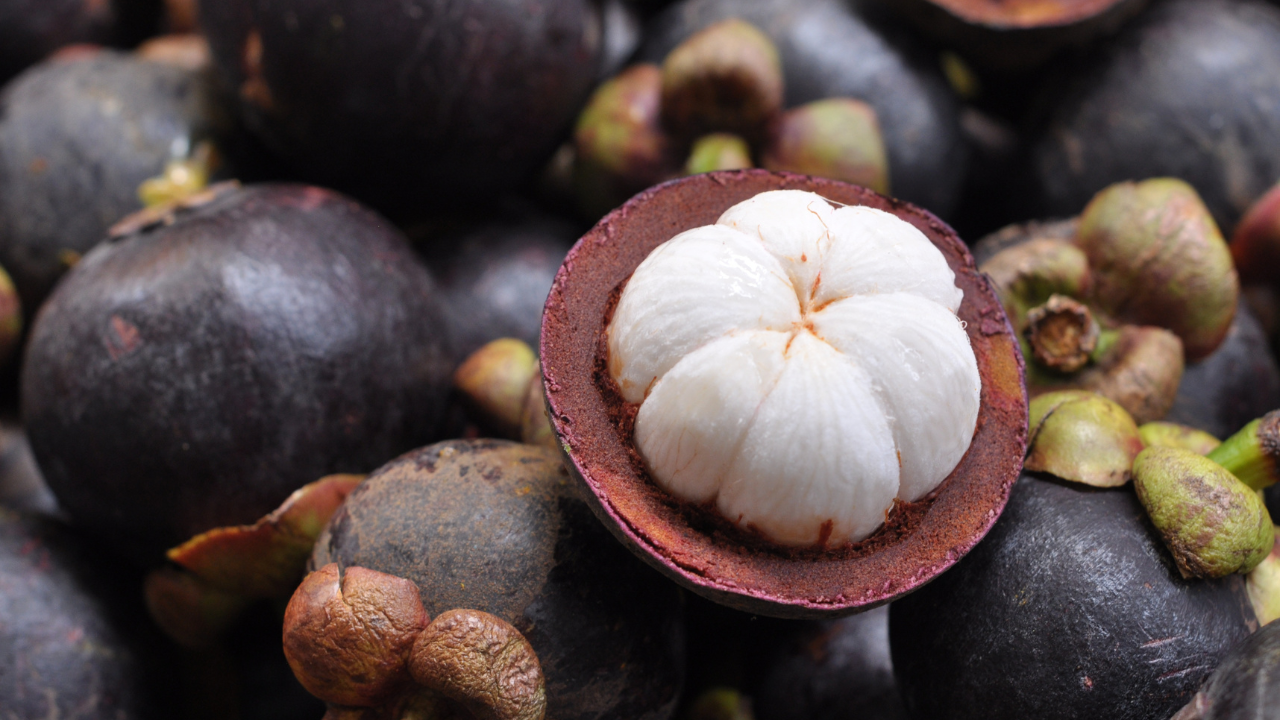 Mangosteens are a tropical fruit the size of small apples. Their flesh consists of creamy white segments with a delicate, sweet taste and melts in the mouth. They are increasingly available in supermarkets. Studies show that they lower the c-reactive protein inflammation marker, act as an antihistamine (H1), and inhibit mast cell degranulation. 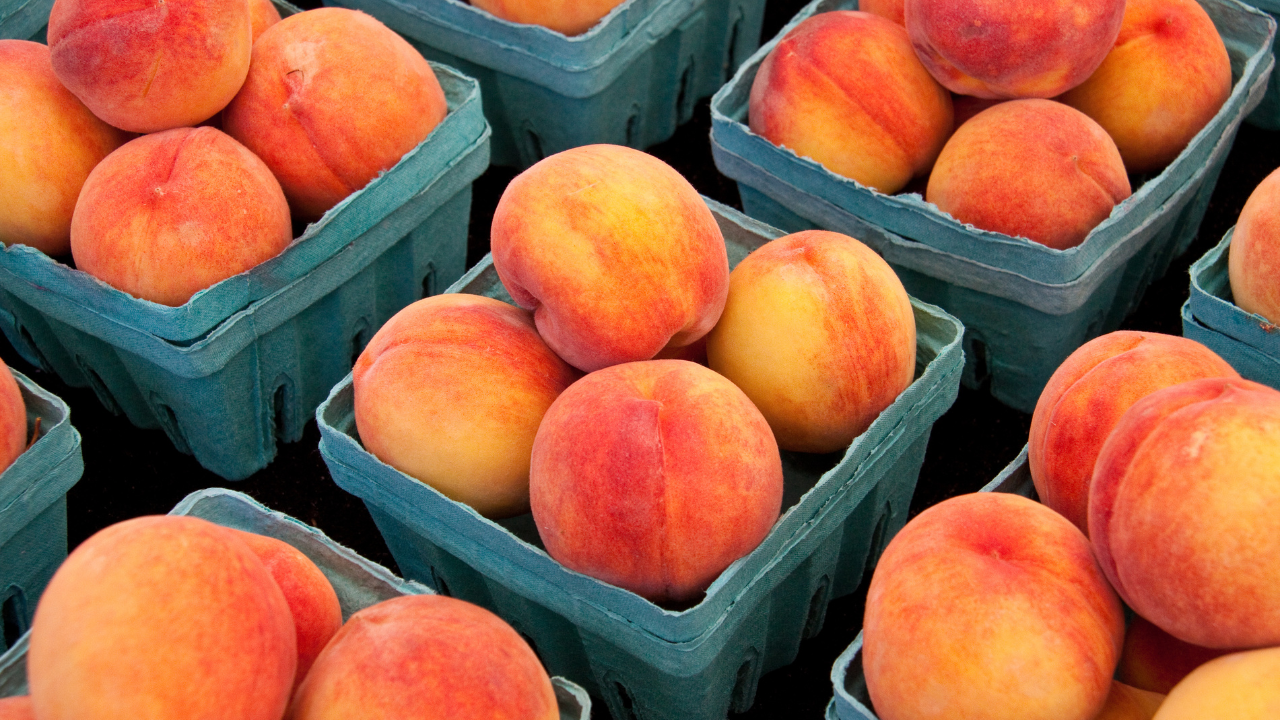 Peaches are summer fruit that is sweet and juicy. A study found that they inhibited mast cell-derived allergic inflammation. 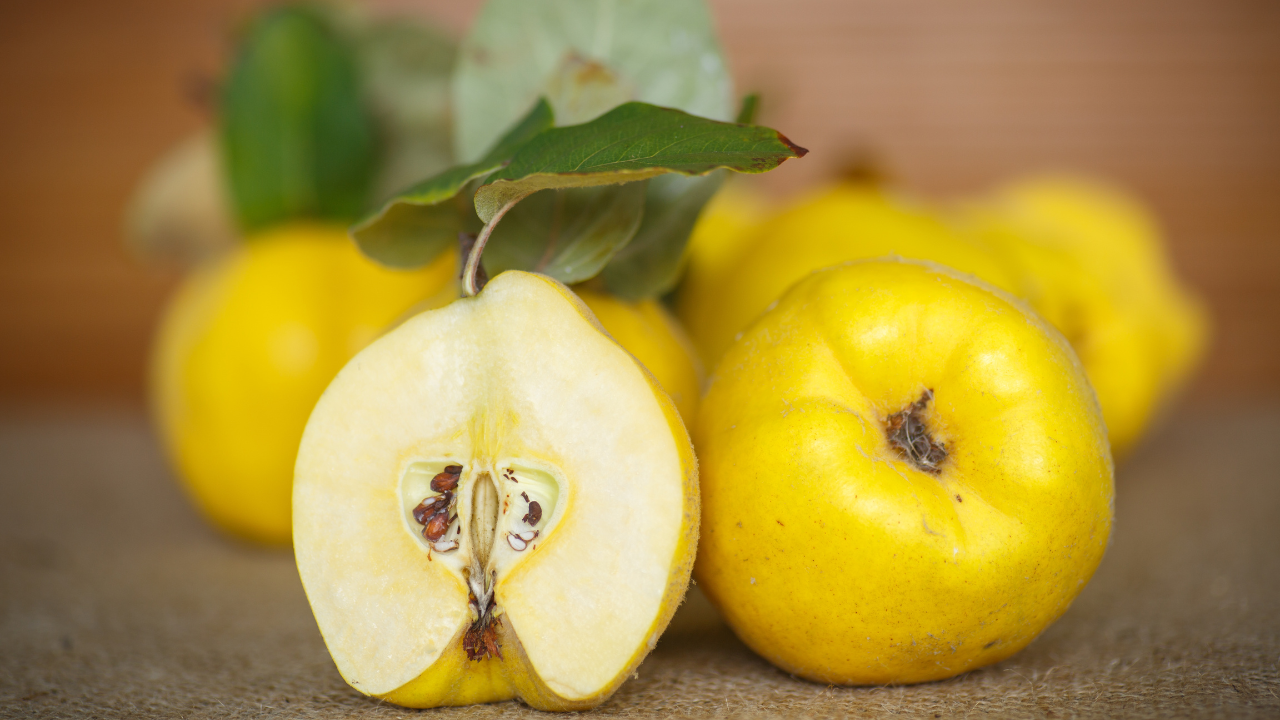 Pseudocydonia Sinensis, the Chinese quince, is a fruit in the Rosaceae family and native to China.  The fruit has diverse bioactive components with anti-oxidative, anti-inflammatory, and anti-itching activities. 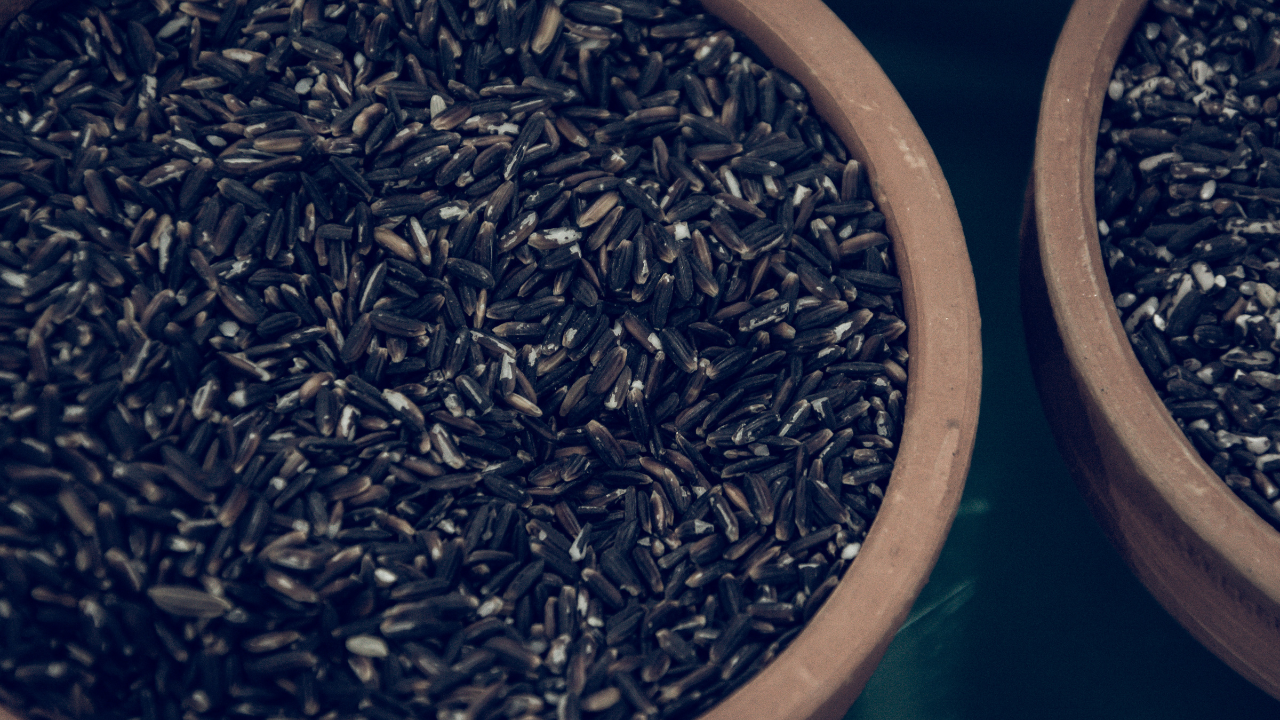 Black rice is believed to have many notable health benefits. Researchers have found that a 10% diet of black rice reduced inflammation and inhibited histamine release from mast cells by about 32%. Brown rice did not have the same benefits. 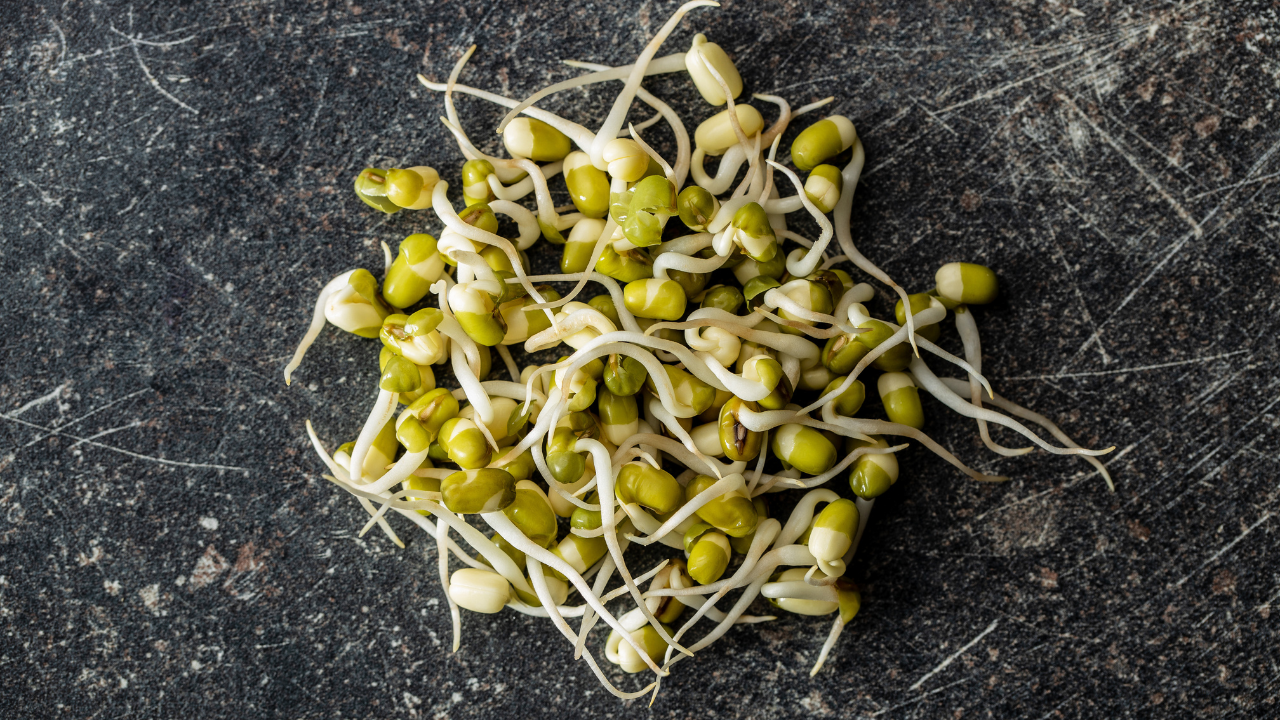 A recent laboratory study found mung bean sprouts (after 48 h of growth) to protect significantly against mast cell degranulation and histamine release due to their high flavonoid content.

These 21 (now 24!) foods with anti-histamine properties. Some are even proven as effective as commonly used mast cell stabilizing medication.

Despite some foods being problematic, I still believe that whole foods provide many natural anti-histamines and mast-cell stabilizing nutrients our bodies need.

Far from being our enemy. Food can be our salvation too.

To learn more about how food handling affects our histamine levels, check out my blog post,  Easy Protein Swaps: That Lower Histamine Without Cutting Foods.