ALL ABOUT MEGASPOREBIOTIC AND WHY IT IS THE NEXT GENERATION PROBIOTIC

A lot has changed in the last decade.

We can now map the whole microbiome for a minimal cost. This has allowed us to improve our understanding of the gut biome dramatically.

Much of our prior focus and many of our tools have changed.

We are no longer restricted to trying to control symptoms with low histamine probiotics and ever-decreasing elimination diets, many of which cut out the very things we need for gut health.

We are no longer focused on fermented foods or high-dose single or multi-strain probiotics for gut health, which may worsen things.

Instead, we can now focus on restoring our gut function’s health.

Having now tested and worked with hundreds of people, MegaSporeBiotic™ is the next-generation probiotic that works for most people to rebalance the microbiome.

Every bacterium in the world belongs to one of two categories – gram-negative or gram-positive.

Which category it belongs to depends upon its gram stain.

A gram stain is a way of putting a dye-like stain on the bacterium, which, when absorbed, colors gram-positive bacteria.

The gram-positive bacterium has a cell wall structure that does not absorb the dye.

Gram-negative bacterium only has a cell membrane that consists of lipopolysaccharides (LPS). 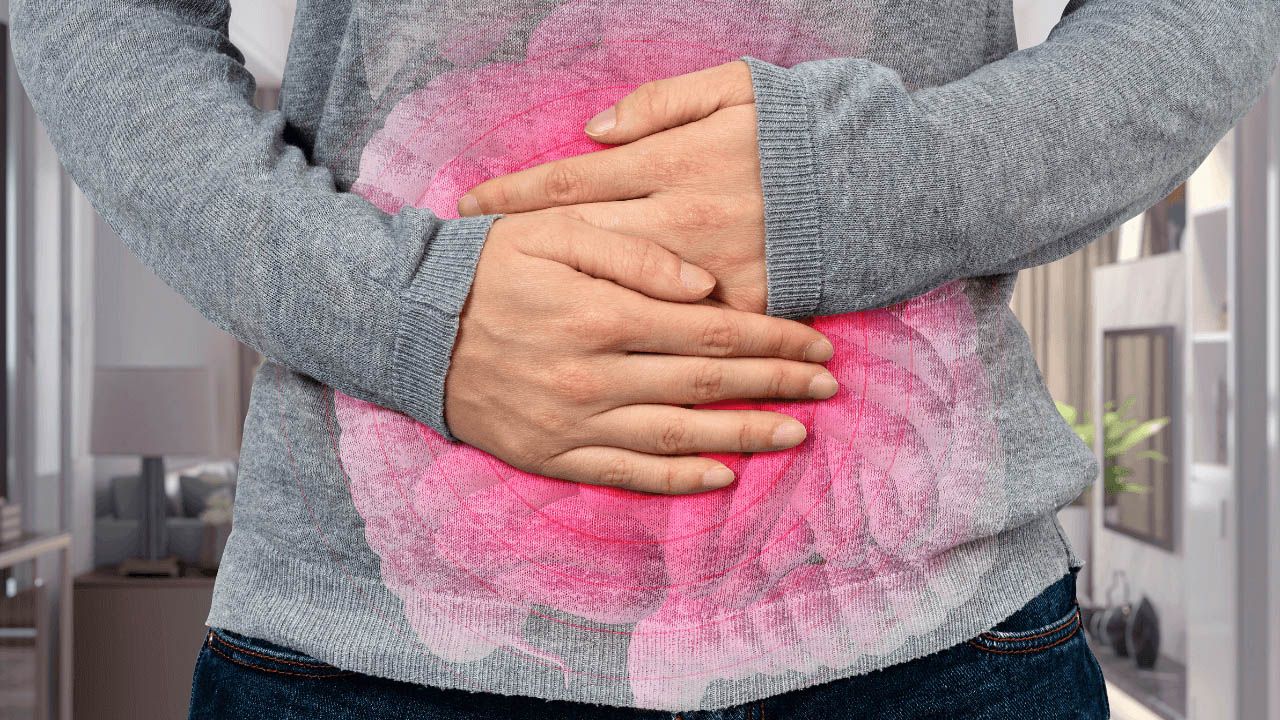 LPS is a very potent endotoxin.

Endotoxins are toxins produced within the gut. It is not a toxin coming into the gastrointestinal tract from outside (such as contaminated or high histamine food)—instead, it’s generated within the gut.

Also, gram-negative bacteria are the biggest driver of leaky gut and chronic inflammation in the gut and the body.

A healthy gut biome is a diverse one.

Most last-generation probiotics on the market, and most fermented foods, are high in lactobacillus.

In contrast, lactobacillus makes up around 1% of a healthy gut, so it’s a relatively small player.

So, when we inundate our bodies with one genus of bacteria through fermented foods or probiotics, we can cause dysbiosis. 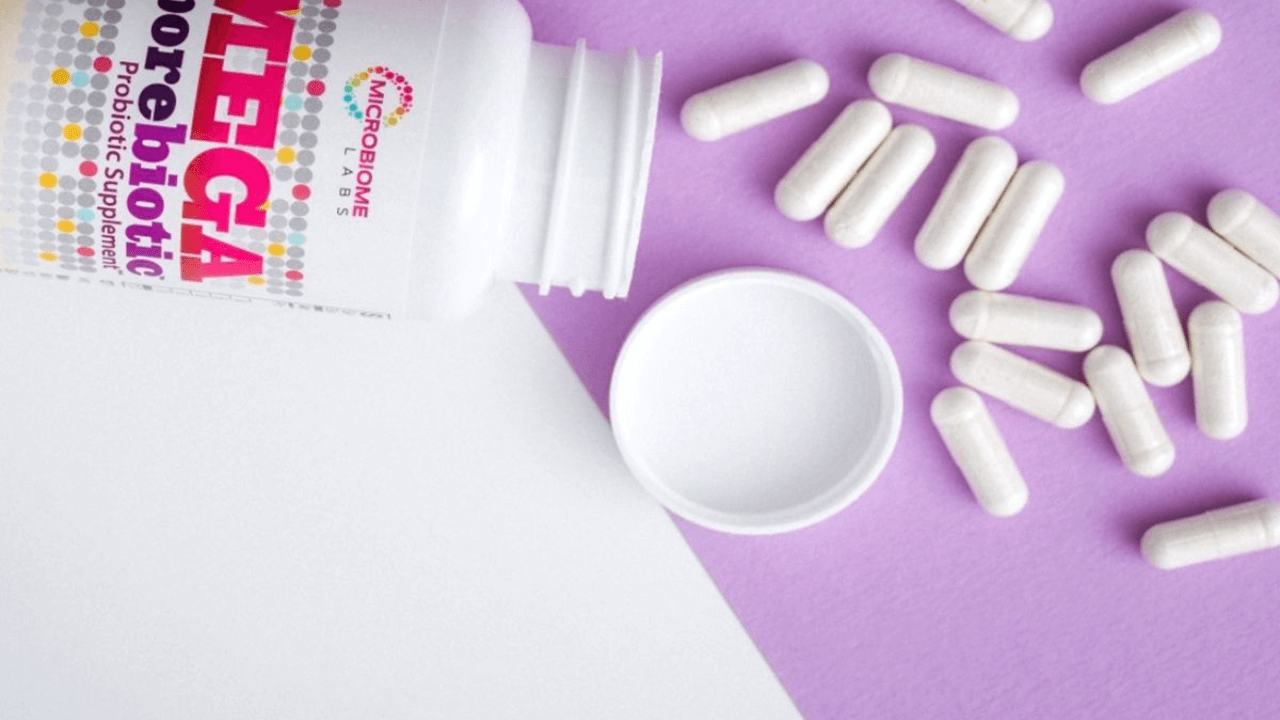 While this approach helped to suppress symptoms, it did not restore health. Optimal gut health depends on a balanced microbiome.

Physicians Exclusive (the company behind MegaSporeBiotic™) set out to identify specific bacteria strains that could make a big difference to the microbiome.

Their thinking was, and it was a simple but brilliant idea, that it was not about supra-dosing a single strain but whether bacteria could positively impact the hundred trillion population of the microbiome as a whole.

After extensive research, they found that there were microbes that could organize the microbiome into a healthy, homeostatic population even at low doses.

What they discovered was that Bacillus strains had ‘quorum sensing.’

Quorum sensing is microbes’ ability to read other bacteria signatures and figure out who’s there and in what amounts, then methodically go in and affect certain bacteria.

Bacillus is a normal, commensal bacteria studied in hundreds of papers and had a long history of safe use in treating gut infections.

Bacillus sits next to bacteria, bringing dysfunctional bacteria down and beneficial bacteria levels up by influencing keystone bacteria. 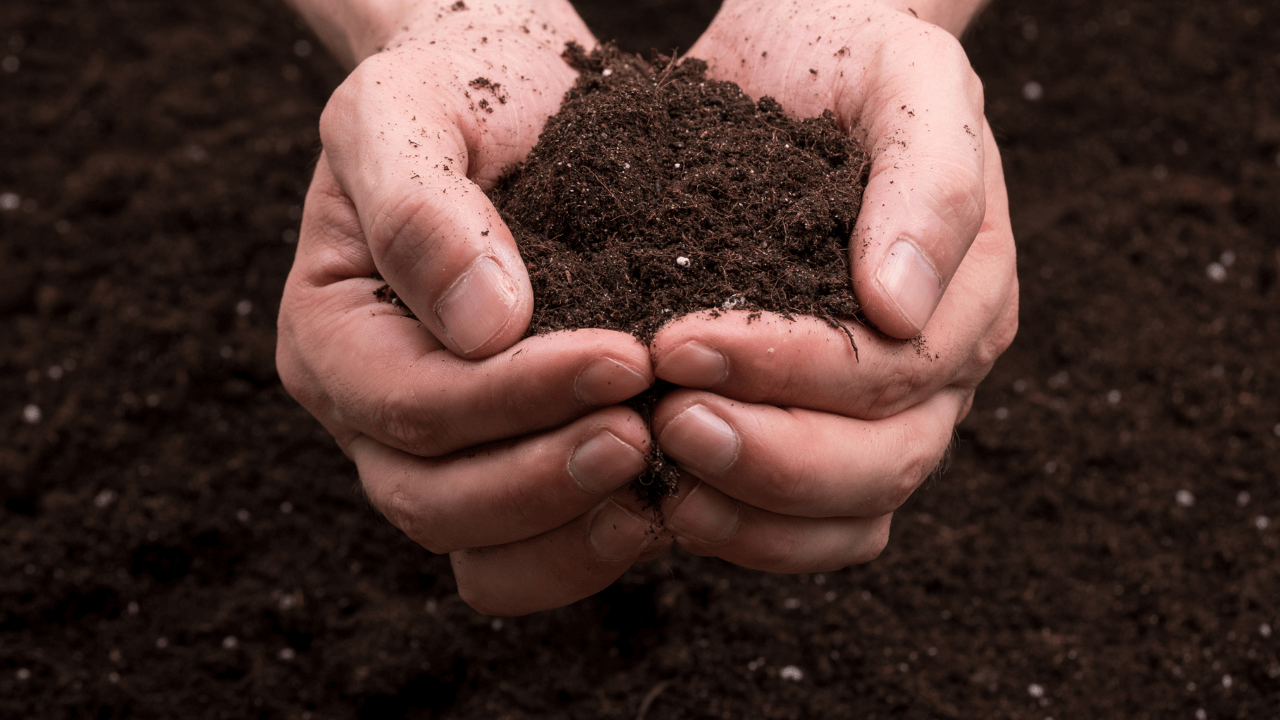 Unlike most probiotics, spore-based probiotics are incredibly stable. They are not rendered ineffective by heat, light, or stomach acid.

Instead, they are naturally encapsulated and remain dormant until they are delivered to the small intestine, where they become active.

They survive within the gastrointestinal tract for around 30 days and exit the body.

The strains used in MegaSporeBiotic™are these precise strains studied and found to have the following benefits.

Bacillus subtilis – Bacillus subtilis can produce nearly 12 strong antibiotics that fight harmful bacteria. Also, it produces many other vital nutrients in the gut, including nattokinase, the full spectrum of B vitamins, and Vitamin K2. Also, short-chain fatty acids such as butyrate, acetate, and propionate. Butyrate is a mast-cell stabilizer, anti-inflammatory, and has a protective effect on the gastrointestinal tract.

Over and above the substantial research on individual strains, MegaSporeBiotic™ has undertaken studies on the combination of probiotic strains that show that it is one of the most effective probiotics on the market today.

Here is a summary of the research onMegaSporeBiotic™ to date:

A study of 90 patients with IBS saw patients separated into three groups of 30 and given one of three treatments for 34 days.

The first group was treated with an antibiotic, rifaximin, for ten days, followed by Bifidobacterium longum, prebiotics, and vitamins for 24 days.

The second group was treated with MegaSporeBiotic™ for 34 days.

The third group was treated with rifaximin for ten days, followed by 24 days of a low FODMAP (fermentable oligo-, di, monosaccharides, and polyols)

The study found that treatment with MegaSporeBiotic™ reduced the IBS severity better than other standard treatment options in 34 days.

This study included a two-week initiation period to establish a stable microbial community, followed by a two-week control period and a four-week treatment period, during whichMegaSporeBiotic™ and MegaPre™ were administered once a day.

At the end of the eight weeks, researchers concluded that the combination of MegaSporeBiotic™ and MegaPre™ significantly increased microbial diversity in the colon, including foundational bacterial strains.

Additionally, this prebiotic and probiotic combination increased by over 150% of all short-chain fatty acids (SCFAs), including acetate, propionate, and butyrate, essential anti-inflammatory mast-cell stabilizers.

Acetaminophen use is the #1 cause of liver toxicity in the US and Europe.

The use of MegaSporeBiotic™ with Acetaminophen resulted in a significant improvement in liver markers similar to silymarin.

Due to the gut microbiome’s metabolic functions, an imbalance of gut bacteria (gut dysbiosis) can increase serum triglycerides.

A randomized, double-blind, placebo-controlled study with eighty participants with non-fasting triglyceride levels greater than 150 mg/dL was conducted over 90 days.

Compared to the placebo group, participants in the MegaSporeBiotic™  group significantly lowered their triglyceride levels.

This study examined the ability of MegaSporeBiotic™ and MegaMucosa™ to reduce tissue damage and inflammatory responses associated with ulcerative colitis.

The study found that alone and in combination, MegaSporeBiotic™  and MegaMucosa™ significantly lowered inflammation and reduced damage to the colonic mucosa, consistent with methylprednisolone. 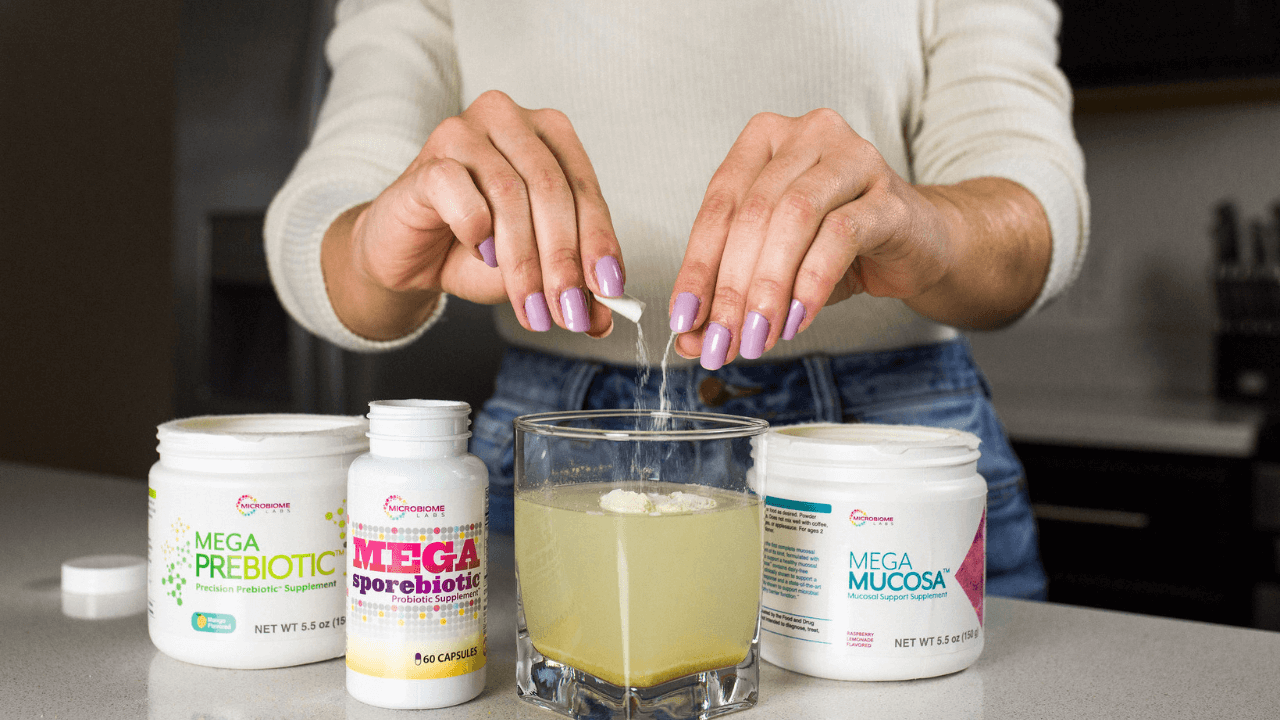 The recommended amount of MegaSporeBiotic™ is 2 capsules with a meal once a day.

The recommended titration schedule is as follows:

Week 1: Take ½ capsule every other day

If you are particularly sensitive, starting at a lower dose, with a ¼ capsule every other day or even lower, is advisable.

I recommend using a binder with MegaSporeBiotic™ to adsorb any die-off symptoms.

Die-off symptoms happen when the gram-negative bacteria release endotoxins when they die.

MegaSporeBiotic™ is a potent probiotic that reduces gram-negative bacteria and may result in die-off symptoms.

Die-off symptoms are a sign that MegaSporeBiotic™ is working and not that it is causing the symptoms.

If these die-off symptoms are too intense or last longer than five days, the dosage is likely too high, and you should reduce it and titrate up again more slowly.

Most people notice the benefits of MegaSporeBiotic™  within the first 14-28 days.

However, a typical treatment protocol will be 3 months and up to 6 months after a round of antibiotics or following severe gut infections.

Our gut health depends on eating a broad range of foods and a high diversity of gut bacteria.

MegaSporeBiotic™ is one of the most powerful tools in our arsenal to recondition the gut biome.

The speed at which it works, as little as one month, means that we do not need to limit as many foods or for as long.

It consistently tests exceptionally well for many of my clients.

FRØYSHOV, Øystein, and Søren G. LALAND. “On the biosynthesis of bacitracin by a soluble enzyme complex from Bacillus licheniformis.” European journal of biochemistry 46.2 (1974): 235-242.

Hanlon, G. W., and NORMAN A. Hodges. “Bacitracin and protease production in relation to sporulation during exponential growth of Bacillus licheniformis on poorly utilized carbon and nitrogen sources.” Journal of Bacteriology 147.2 (1981): 427-431.

Marzorati, et al. Treatment with a spore-based probiotic containing five strains of bacillus induced changes in the metabolic activity and community composition of the gut microbiota in a SHIME® model of the human gastrointestinal system. Food Research International. 2021; 149: 110676