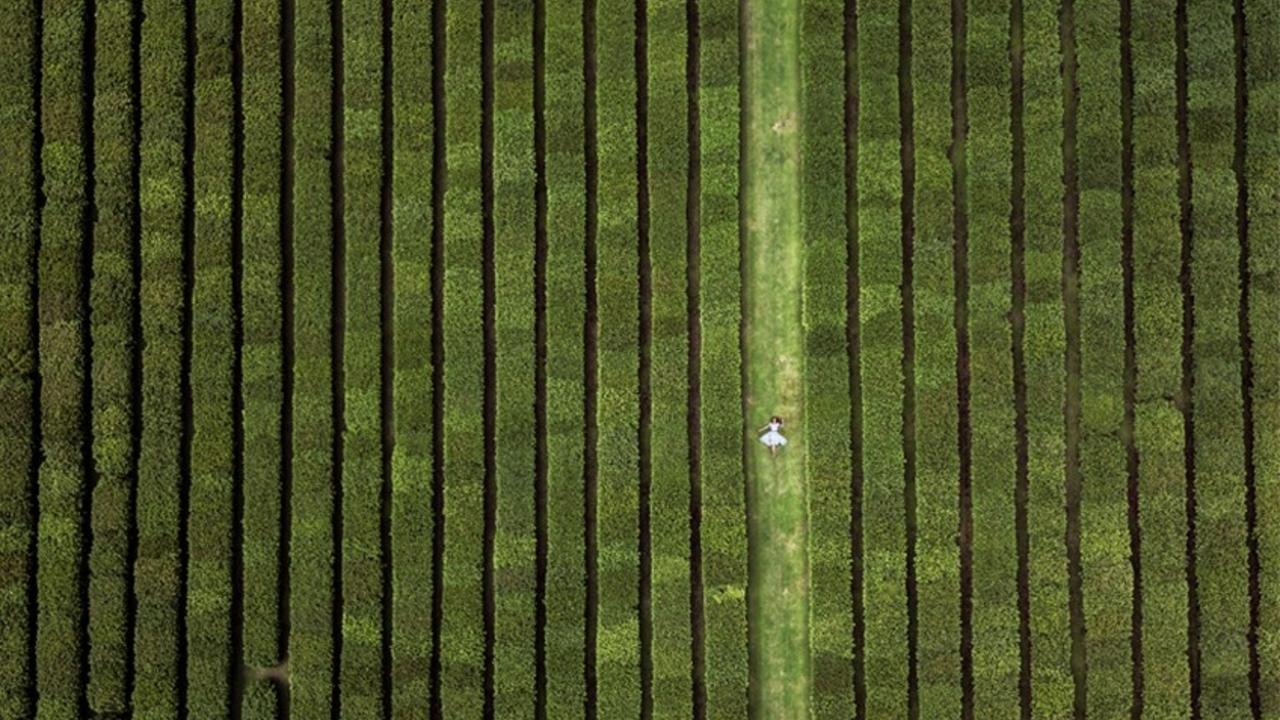 One is naturally occurring in some fresh food products (such as tomatoes, eggplant, and spinach) and the second is by pathogenic micro-organisms.

Bacteria is present in most food of animal origin (such as fish, meat, eggs, and cheese) but when fresh, the levels are harmless even when histamine intolerant.

Given the right conditions, however, bacteria can multiply quickly.

Sometimes this is deliberate via fermentation. Sometimes it is unplanned, through poor food handling practices or cross-contamination.

Poor food handling practices may also cause pathogenic gut infections which are the leading cause of histamine intolerance within my clients.

Many infections on a GI-Map, for example, can be linked back to poor food handling practices or cross-contamination.

Some simple steps can stop you from unplanned histamine food poisoning.

Most are totally harmless, many are beneficial, but some are pathogens that release histamine, tyramine or other biogenic amines.

Pathogenic bacteria multiply by splitting themselves in two. In the right conditions, one can become 2 million in less than 7 hours, leading to extremely high histamine levels.

Incidental pathogen exposure, in a person who is otherwise well, is attended to by the gastrointestinal immune system. There is no problem.

Now it’s a problem. Pathogenic bacteria can then become relocated into the gastrointestinal tract where it continues to produce histamine, tyramine, and other biogenic amines.

This does not mean that the diet needs to be alkaline, simply that food handling needs to be better observed in acidic foods.

Fruit and vegetables are largely not acidic – and food handling practices can be more relaxed. Histamine intolerant people may, for example, tolerate left-overs of vegetables.

Bacteria cannot survive without some form of moisture (such as water). Without moisture, bacteria stop growing.

For many hundreds of years, techniques such as salting, dehydrating, and smoking has been used to remove moisture from foods and prevent histamine producing bacteria from growing.

It also means that bacteria can survive in water. Treated tap water does not kill all parasites.

Prewashed foods, such as bagged lettuces, are at high risk of contamination.

Many but not all bacteria need oxygen to survive.

I do not recommend vacuum (plastic) packaging because of the chemical contamination from the plastic.

Temperature has a decisive impact on histamine production and is the most important factor to monitor particular for animal protein.

The time that animal protein is exposed to temperature abuse will determine the ultimate level of histamines.

Control the temperature during transportation, storage, and food processing, and you largely control the levels of histamine.

The effect of temperature on food has been extensively researched.

Animal products held at between 5 – 60 degrees Celsius (40 – 140 Fahrenheit) is in the danger zone for the production of histamines and biogenic amines.

Once formed, histamine is difficult to destroy. Therefore, if histamine accumulates in the product before cooking, it will be there after cooking.

It is possible, however, to stop it from reproducing.

Refrigerating or freezing foods (at 5 degrees Celcius or under) significantly slows replication. Freezing animal products is the best weapon to reduce histamine.

This has several practical implications for safe food handling.

The temperature at which produce is held (particularly dairy products, meat, fish, seafood) between the time it is processed, and eaten, often defines the histamine levels of fresh produce.

Fish can be eaten if gutted, within twelve hours of the catch, and not temperature abused (by storage above 5 degrees Celcius) in the supply chain is generally safe.

Chicken, rabbit, lamb, and other lower histamine animal protein, which do not require hanging to be edible, are generally safe provided they have not been temperature-abused in the supply chain.

The larger the animal the longer it needs to be hung to be edible and therefore the longer it is exposed to temperature abuse. This is why the smaller the animals are more easily tolerated by histamine intolerant people.

As a general rule, sourcing animal protein locally, as opposed to from long distances, minimizes the chance that there will be a break-down in the supply chain.

We are also part of the supply chain.

Transporting animal products briefly in a cooler bag, then placing it straight into the fridge or freezer, ensureS that we are not part of the supply chain breakdown.

As a general rule left-overs of animal products and cooked grains which are acidic may be problematic. Whereas leftovers of fruit and vegetables may be tolerated.

Food should also be stored in air-tight (glass) containers in the fridge or freezer.

Thawing of foods, which requires exposure to the danger zone temperatures, presents a challenge.

To defrost foods using a cold water bath, produce should be placed in leak-proof packaging and submerged in cold tap water. The water should be changed every 30 minutes to ensure the produce stays cold enough.

The study did not look at defrosting in the fridge. However, this is likely to be another viable alternative, and a little more practical, although it will take longer.

The method of cooking of animal protein (rather than other foods – where there is much more latitude) is important.

All raw animal protein should be thoroughly cooked at a temperature above 75 degrees Celcius before eating.

I mention this study, simply because these findings, were more or less consistent with studies looking at the effect of cooking methods on anti-nutrients.

An animal protein that is grilled, broiled, roasted, seared, or fried are at higher risk of forming anti-nutrient.

Animal protein that is cooked at under 120 degrees Celcius (250 Fahrenheit), especially when steamed or cooked in liquid, to retain moisture, will not form anti-nutrients.

Cross-contamination occurs when bacteria is moved from one object to another and is an often-overlooked means of acquiring pathogenic bacteria.

We are mostly concerned with raw dairy products, meat, fish, and seafood. But also soil/dirt based bacteria which is not always beneficial.

So for example, a chopping board that has had raw meat on it, and not cleaned properly will continue to fester. The next time you use it, the bacteria will have multiplied, and likely relocated onto what you are cooking.

Another example is a dishcloth, which is used to wipe down the same chopping board, and then left to fester. The next time you use the dishcloth, the bacteria will have multiplied, and likely be relocated onto what you cook next.

Cleaning removes residues, but it does not remove bacteria. To remove bacteria, items also need to be sanitised, with a temperature greater than 75 degrees celcius, or applying a 3% hydrogen peroxide solution. A dishwasher set on a hot cycle achieves this effortlessly.

Going back to the chopping board example, remove the debris, rinse with running water and detergent, then wipe with a 3% hydrogen solution, then rinse it, and air-dry it and your all good.

A word about soil. Soil contains many microbes which are integral to the soil health. However, not all soil microbes are necessarily beneficial.

In a healthy person, eating unwashed fruit and vegetables is not a problem, as they have the immune system to sort the good from the bad.

However, when your histamine intolerant or immune compromised, there is a good chance that you cannot. So yes, I’m suggesting you wash your fruit and vegetables.

Here are a few basic rules to minimize cross-contamination:

These safe food handling practices are not unique to histamine intolerance. They are the standards required of any food handling business at least in Australia.

Histamine is naturally occurring in some fresh food products (such as tomatoes, eggplant, and spinach) but also unintentionally in some food (particularly dairy products, meat, fish, and seafood) that has been temperature abused or cross-contaminated.

Safe food handling practices can dramatically reduce the histamine content of foods allowing more foods to be kept in the diet.

At the same time minimizing the risk of gut infections. All the gut infections seen on a GI-Map type test have their origin in poor food handling practices.

Uribarri, Jaime, et al. “Advanced glycation end products in foods and a practical guide to their reduction in the diet.” Journal of the American Dietetic Association 110.6 (2010): 911-916.

Buková, Leona, et al. “The effect of ripening and storage conditions on the distribution of tyramine, putrescine, and cadaverine in Edam-cheese.” Food Microbiology 27.7 (2010): 880-888.

Hosseini, N., and F. Abdolmaleki. “The Effects of Different Thawing Methods on the Hygienic Quality of the Canned Tuna.” Journal of Food Biosciences and Technology 7.2 (2017): 83-90.

Sukkon, Piyaporn, et al. “Effects of temperature and time of incubation on the formation of histamine in bonito tuna flesh.” Food and Applied Bioscience Journal 4.2 (2016): 97-106.